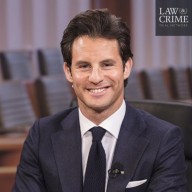 Jesse Cord Weber is a New York attorney. After graduating with a B.A. in Political Science from the University of Michigan, Jesse attended New York Law School (NYLS). During his time in NYLS, he served as a staff editor on the school’s Law Review and was recognized as a John Marshall Harlan Scholar affiliated with The Institute for Information Law and Policy. Jesse received Dean's List honors every semester and graduated cum laude . After passing the New York State Bar Exam, Jesse practiced in the intellectual property and litigation departments of Dentons (formerly Salans); the world’s largest law firm. He specialized in trademark and copyright prosecution and disputes for clients in the fashion & apparel, financial, entertainment, and technology industries, and was actively involved in several notable litigations, including the City of Detroit Chapter 9 bankruptcy, which was the largest municipal bankruptcy in United States history. Currently, he is a project manager and legal counsel for a consulting company. Jesse is admitted to practice in New York as well as the United States Southern and Eastern District Federal Courts. Jesse studies and analyzes high profile criminal and civil cases in the media. Aside from being a host on the Law and Crime Network, Jesse is also the legal correspondent for "Crime Watch Daily With Chris Hansen," a legal analyst on Fox News and HLN, and he co-hosts alongside his father "Always In Fashion" airing on 77 WABC Radio. Additionally, Jesse is a trained actor from The Lee Strasberg Theatre & Film Institute and has appeared in commercials, independent films, and television shows.