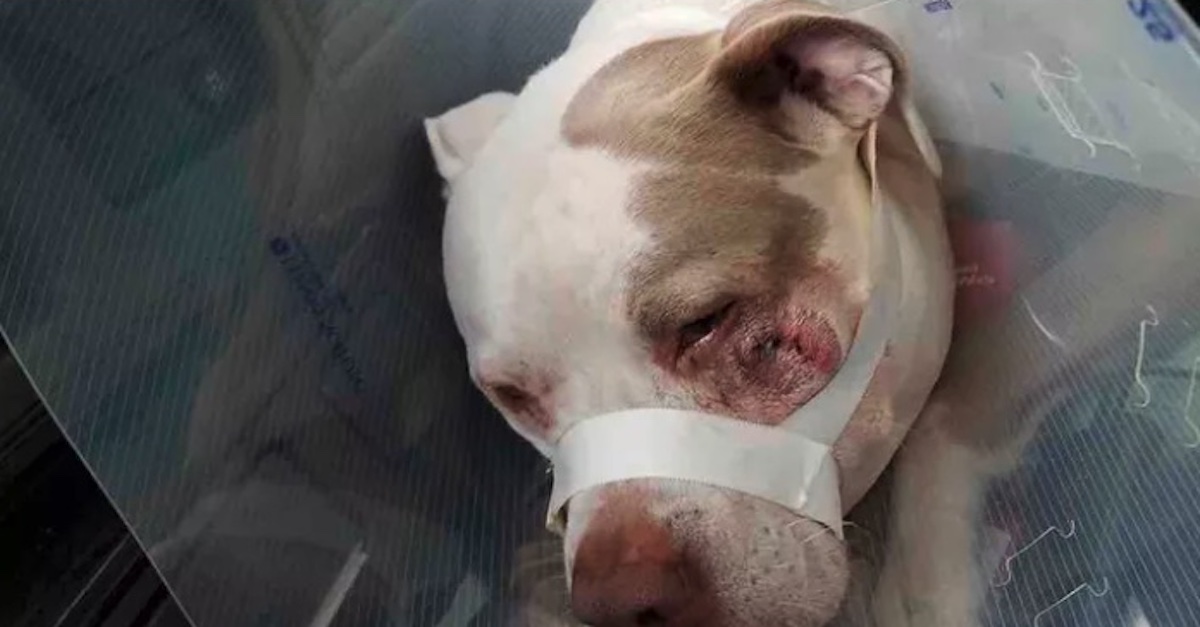 Ciroc, one of the dogs shot by Minneapolis police officer Michael Mays (photo via GoFundMe)

The lawsuit against a Minneapolis police officer who shot two service dogs in their owners’ backyard can continue, after a federal appeals court said Monday that the officer cannot claim qualified immunity.

Michael Mays had shot and seriously injured two dogs, Circo and Rocko in July 2017, while responding to a security alarm that had been mistakenly set off at the home of Jennifer LeMay and Courtney Livingston.

The dogs were service animals for people living in the house, including a child. They survived the shooting but have since been unable to perform their service functions.

LeMay and Livingston sued Mays and the city of Minneapolis, alleging unlawful seizure of property. Mays argued that he was entitled to qualified immunity, which would have shielded him from liability or civil damages if he had been acting reasonably.

In 2020, U.S. District Judge John Tunheim denied Mays’ qualified immunity claim on his motion to dismiss, meaning that the 8th U.S. Circuit Court of Appeals could only rely on the lower court pleadings in its opinion.

The appeals court said that based on the pleadings, Mays didn’t act reasonably in shooting the dogs because he was not in imminent danger. Mays’ body worn camera footage showed that as he was in the backyard, the two dogs approached him one at a time in a non-threatening manner. Mays shot them anyway.

“[T]he complaint here states a plausible claim that Mays unreasonably seized the dog,” U.S. Circuit Judge Steven Grasz, a Donald Trump appointee, wrote for the unanimous three-judge panel. “As pled, Ciroc ‘walked toward Mays wagging his tail in a friendly manner to greet Mays. Mays then ‘shot Ciroc in the face, causing Ciroc fear and great pain.’ Then, ‘Rocko presented himself to Mays in a nonthreatening manner.’ Mays then also ‘shot Rocko multiple times in his body.’ In both instances, the complaint sets forth that Mays shot both Ciroc and Rocko when they presented no imminent danger and were not acting aggressively. This establishes a viable claim that Mays unreasonably seized the dogs in violation of the Fourth Amendment.”

The other two judges on the panel, Circuit Judges Bobby Shepherd and Lavenski Smith, both George W. Bush appointees, joined Grasz in the decision.

Grasz wrote that a reasonable officer “would have known that shooting Ciroc and Rocko would violate the owners’ clearly established right to be free from unreasonable seizures of property.”

The case now returns to the district court.

“We are pleased with the 8th Circuit’s well-reasoned opinion and we look forward to beginning discovery,” attorney Devon M. Jacob, who represents the plaintiffs, told Law&Crime.

Livingston, who suffers from a severe anxiety disorder that causes panic attacks and “pseudoseizures,” according to the decision, relied on Rocko as an emotional service dog and seizure alert animal.

Circo was the service dog for one of LeMay’s children, who suffers from multiple behavioral disorders and is considered disabled.

According to a report from local CBS affiliate WCCO, May apologized for shooting the dogs shortly afterwards.

“Are they OK?” Mays allegedly asked.

“I don’t know, I have blood all over my house and they’re both walking that I know of,” Livingston said.

“Hey I’m going to sit there and say sorry about this. I don’t like shooting no dogs. I love dogs so it’s unfortunate,” Mays told Livingston.

A GoFundMe page dedicated to the dogs’ medical expenses raised more than $37,000.

You can read the opinion, below.