In Georgia, Fetuses Can Now Be Listed as Dependents on Tax Returns 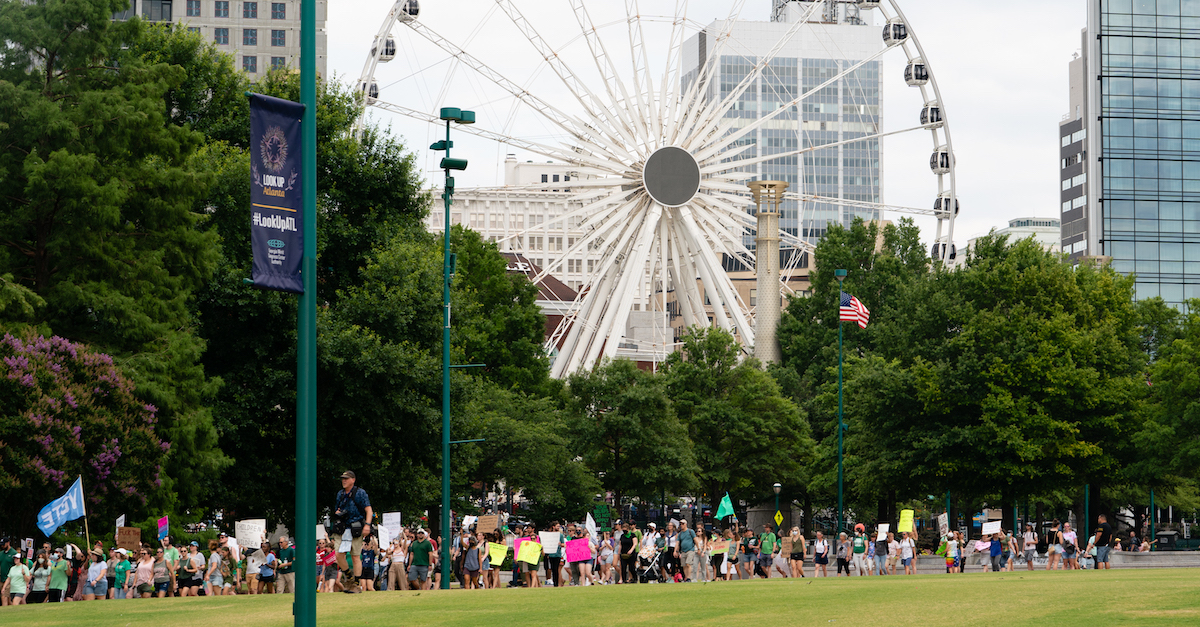 In Georgia, any fetus with a “detectable heartbeat,” no matter how early in a pregnancy, can now constitute a “dependent” for tax purposes, entitling a pregnant person to up to a $3,000 exemption.

The Georgia Department of Revenue released guidance this week that says it “will recognize any unborn child with a detectable human heartbeat … as eligible for the Georgia individual income tax dependent exemption.”

In light of the June 24, 2022, U.S. Supreme Court ruling in Dobbs v. Jackson Women’s Health Organization and the July 20, 2022, 11th Circuit Court of Appeals ruling in Sistersong v. Kemp, the Department will recognize any unborn child with a detectable human heartbeat, as defined in O.C.G.A. § 1-2-1, as eligible for the Georgia individual income tax dependent exemption. The 11th Circuit’s ruling made HB 481’s amendment to O.C.G.A § 48-7-26(a), adding an unborn child with a detectable heartbeat to the definition of dependent, effective as of the date of the court’s ruling, which was July 20, 2022.

The new tax guidance came as the result of Georgia’s House Bill 481, the “Living Infants and Fairness Equality (LIFE) Act,” which provides that “the right to recover for the full value of a child begins at the point when a detectable human heartbeat exists.” The LIFE Act reasoned that “Modern medical science, not available decades ago, demonstrates that unborn children are a class of living, distinct persons” and that these “unborn children” are entitled to myriad rights under the U.S. Constitution.

The change by Georgia’s Department of Revenue means that any fetus that has a detectable heartbeat on or after July 20 through Dec. 31, 2022 can qualify as a “dependent” on a state tax return, thus entitling the taxpayers to an exemption up to $3,000 for each dependent. The $3,000 exemption does not mean that taxpayer’s  tax burden would be reduced by $3,000. Rather, it means that the taxpayer would be entitled to $3,000 in income reduction for purposes of calculating their tax burden — an amount that would likely yield a tax reduction in the hundreds of dollars.

The guidance also specifies that like other income tax deductions, “relevant medical records or other supporting documentation shall be provided to support the dependent deduction claimed if requested by the Department.”

The Georgia Department of Revenue offered no guidance on how the new tax scheme would apply to pregnancies that are miscarried or stillborn after an exemption is claimed or specifically how pregnancies could be verified for tax purposes. Georgia’s guidance also has no impact on federal tax returns.

Georgia currently has a ban on all abortions after any fetal heartbeat is detected, which typically occurs at about six weeks of pregnancy. The law allows for exceptions up to 20 weeks if a pregnant woman’s life is at risk, and in cases of rape and incest, but only if a police report is filed.