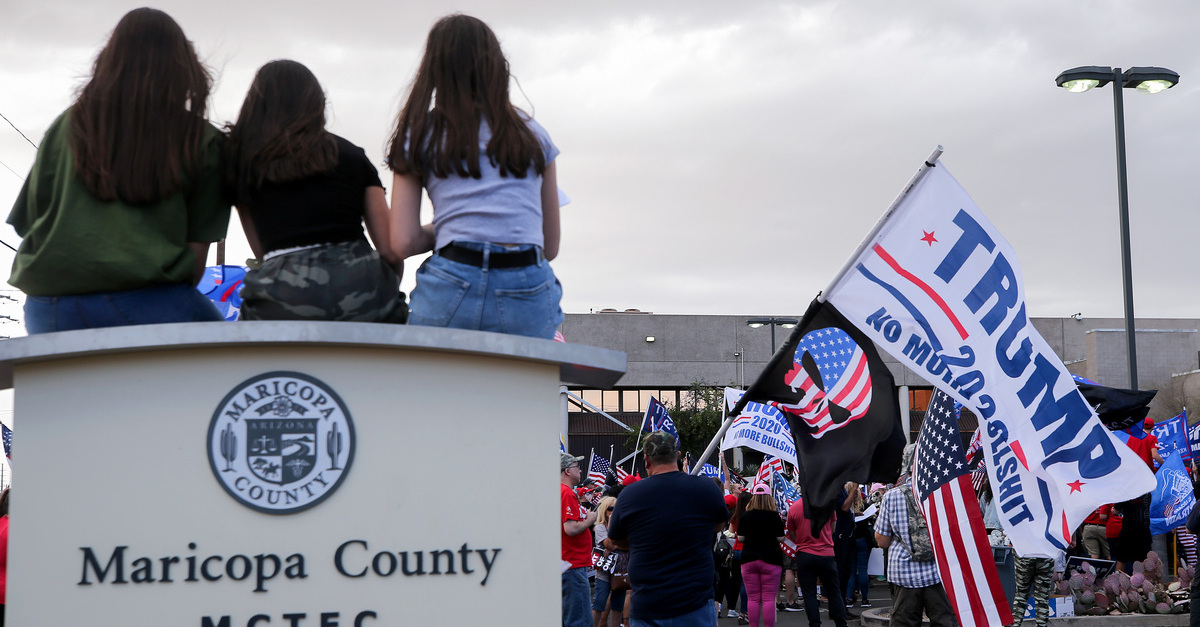 A man from out of state enraged about the “theft of the 2020 election” left voicemail threats to a Maricopa County election official and an official in the Arizona Attorney General’s Office, the Department of Justice said Thursday.

The suspect, identified as 64-year-old Hiawatha, Iowa resident Mark A. Rissi, faces an indictment of two interstate threat counts and a count for a threatening interstate telephone call.

Rissi allegedly threatened Maricopa County Board of Supervisors official Clint Hickman, calling the Republican a “Commie” and promising a hanging.

“Hello Mr. [VICTIM], I am glad that you are standing up for democracy and want to place your hand on the Bible and say that the election was honest and fair. I really appreciate that,” said a voicemail threat left around Sept. 27, 2021. “When we come to lynch your stupid lying Commie ass, you’ll remember that you lied on the fucking Bible, you piece of shit. You’re gonna die, you piece of shit. We’re going to hang you. We’re going to hang you.”

Notably, that threat was allegedly made three days after Cyber Ninjas released the results of its partisan audit, showing Joe Biden defeated Donald Trump — a fact Maricopa County was quick to note at the time.

BREAKING: The #azaudit draft report from Cyber Ninjas confirms the county’s canvass of the 2020 General Election was accurate and the candidates certified as the winners did, in fact, win.

In the aftermath of the election, you may remember, the Trump campaign briefly warmed to and then abandoned the Maricopa County-focused “sharpiegate” conspiracy theory. Then the Arizona iteration of the “Kraken” came and went.

Around Dec. 8, 2021, one year after the “Kraken” dismissal, the defendant allegedly left another threatening voicemail after calling an “official with the Office of the Arizona Attorney General.”

In that voicemail, Rissi allegedly claimed to be the victim of a crime, namely the “theft of the 2020 election.” The suspect allegedly said the official could expect “[t]orches and pitchforks” and a hanging in his future.

According to the Department of Justice, Rissi faces up to 12 years total in prison if convicted as charged.