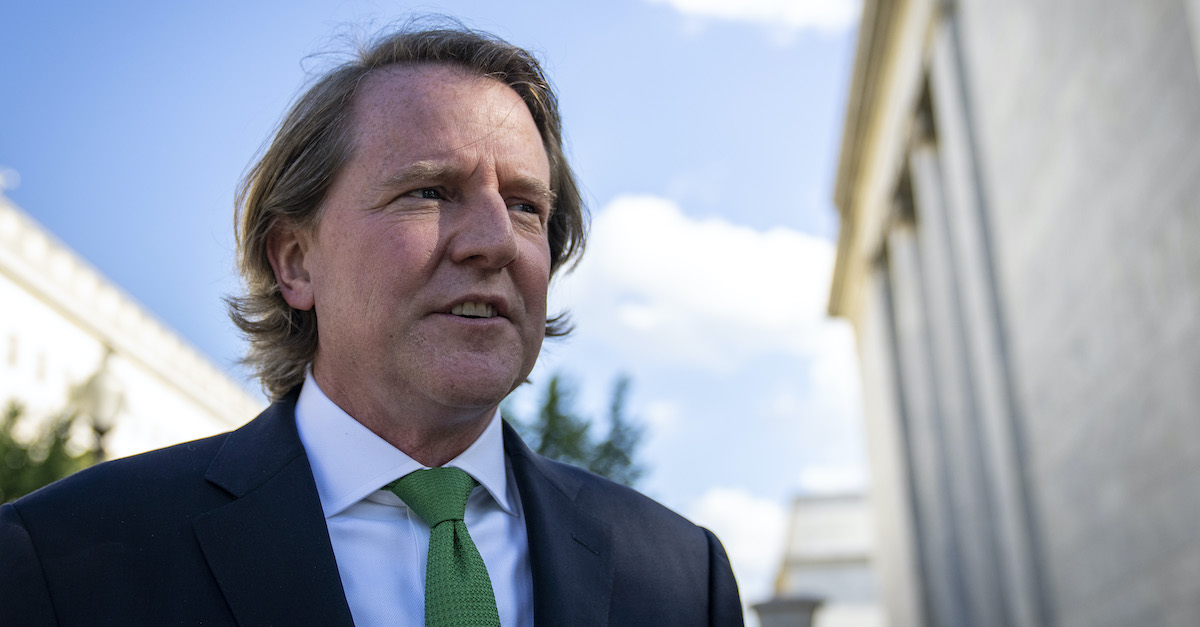 In July, Graham filed a federal lawsuit in South Carolina seeking to quash an order forcing him to testify before a special grand jury empaneled by Fulton County District Attorney Fani Willis (D). Graham, then and now, has argued that he’s “immune” under the U.S. Constitution’s speech or debate clause, a portion of which states that members of Congress “shall not be questioned in any other place.”

“The Clause provides Senator Graham both an immunity and privilege in this context because the testimony sought relates to matters within the legislative sphere,” Graham’s attorneys E. Bart Daniel and Matt Austin wrote in their initial memorandum. “Sovereign immunity also precludes state court process against Senator Graham given the acts occurred within his official capacity.”

The senator withdrew his first lawsuit seeking to prevent his testimony, from Aug. 2 to Aug. 30, after the DA’s office argued that Graham filed his action prematurely and in the wrong court.

On Friday, Graham refiled the litigation in the Northern District of Georgia — and noticeably expanded his legal team. The signature line of his notice of removal continues to show Daniel and Austin on his team, along with a three attorneys from the multibillion-dollar law firm Jones Day.

On the signature line is Atlanta-based counsel Brian Lea, and McGahn’s application for pro hac vice in the case is said to be “forthcoming.”

During his tenure as Trump’s White House counsel, McGahn notably contended with his own lengthy wrangling against a subpoena served against him. The Democratic-led House of Representatives sought to compel his testimony on Trump’s efforts to stymie the Russia investigation, leading to seesaw rulings by the U.S. Court of Appeals for the D.C. Circuit. The litigation over that dispute ultimately settled.

When Graham’s lawsuit was still alive in South Carolina, the district attorney’s office argued that the senator jumped the gun because he had not yet been served with the subpoena. New filings reveal that this step has been completed.

“Senator Graham accepted service of this Subpoena on July 27, 2022,” the filing states.

The notice of removal reiterates his arguments pursuant to the Constitution’s speech or debate clause.

“In defense against being forced to testify in front of a state-court investigative body, Senator Graham raises constitutional issues that the Framers thought were ‘indispensably necessary[]’ to a functioning Republic—namely, that legislators ‘should enjoy the fullest liberty of speech, and that [they] should be protected from the resentment of every one, however powerful, to whom the exercise of that liberty may occasion offense,'” the filing states.

“More specifically, the subpoena the District Attorney has directed at Senator Graham requires him to appear and testify in Georgia about activities he performed as a United States Senator and then-Chairman of the Senate Judiciary Committee,” it continues. “Prior process related to the Subpoena, including the Certificate, confirms that the District Attorney believes Senator Graham is a witness relevant the Special Purpose Grand Jury’s investigation based on two alleged phone calls to ‘Georgia Secretary of State Brad Raffensperger and members of his staff in the weeks following the November 2020 election in Georgia.'”

One of those staffers, that state’s voting systems manager Gabriel Sterling (R), told CNN that Graham “had questions about our [electoral] process.”

“We answered the questions about that process,” Sterling added.

Graham claims those questions fall into his oversight duties as a lawmaker as then-Chairman of the Senate Judiciary Committee. The DA’s court filings suggest that Graham, who is not an elected representative of Georgia, only had been seeking a “more favorable outcome” for Trump.

Willis’s spokesman Jeff DiSantis indicated that the district attorney will reply through her legal filings.

McGahn did not respond to an email requesting comment.

Read the filings below: