Judge Advances Venezuelan Businessman’s Defamation Suit Against Fox and Lou Dobbs: They May Have ‘Purposefully Avoided the Truth’ About Election 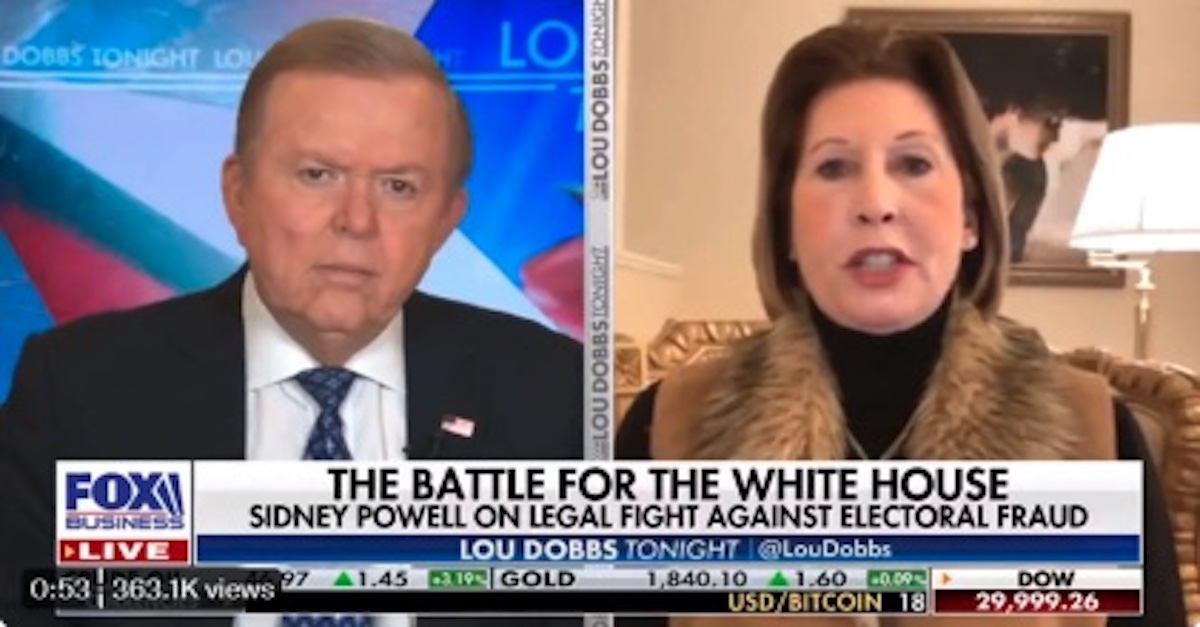 A Venezuelan businessman can pursue defamation claims against Fox News and its host Lou Dobbs over Dominion-related conspiracy theories related to the 2020 election, a federal judge has ruled.

In a complaint filed in federal court late last year, Majed Khalil sued the Fox Corporation, Fox News Network LLC, Lou Dobbs, and attorney Sidney Powell over a Dec. 10, 2020, broadcast and related Twitter posts. Khalil’s legal team alleged that the interview and related social media promotion disseminated a “lie totally devoid of reality,” vilifying him as one of four people who worked with voting software companies Dominion and Smartmatic to “rig or fix the results” of the election in favor of President Joe Biden.

Powell succeeded last month in dismissing the claims against her. Fox News and Dobbs hoped to follow suit by claiming that they were engaging in fair and neutral reporting — and by asserting that the statements of opinion were not actionable.

On Monday, U.S. District Judge Louis Stanton brushed aside those defenses in a scathing ruling, noting several elections experts had found “no credible evidence” of election fraud when the broadcasts aired.

New York’s “fair report” laws protect accurate newsgathering about “any judicial proceeding, legislative proceeding or other official proceeding, or for any heading of the report which is a fair and true headnote of the statement published.”

At the time of the broadcast, however, the Trump campaign already had released a statement distancing itself from Powell, affirming that she was “not a lawyer for the [then-]President in his personal capacity.”

“More damning, however, is that at no point did Dobbs or Powell attribute the statements about Khalil to an official investigation or a judicial proceeding,” Stanton wrote. “A reasonable observer would have no grounds to believe that her statements constituted a report of an official proceeding.”

Under the watershed Supreme Court precedent New York Times v. Sullivan, public figures can only prevail in defamation lawsuits if they prove actual malice. That burden has been defined as actual knowledge that the facts asserted are false — or a reckless disregard for the truth. The standard uses the word “malice” in an often misunderstood way:  in First Amendment law, “actual malice” measures not whether reporters loathe their subjects; rather, it measures whether they seem to hate searching for the truth or published information they knew was factually incorrect.

Though the judge found that Khalil, a private businessman, was “not a public figure,” he applied the actual malice standard under New York’s more expansive anti-SLAPP law.

“The election of 2020 was clearly a matter of public interest, and the New York Anti-SLAPP law applies,” the ruling states. “Therefore, Khalil must show actual malice.”

Even under that standard, the judge found, Khalil “adequately alleges that the defendants purposefully avoided the truth, given the amount of public information regarding the lack of fraud in the election.”

Khalil’s attorney Benjamin Chew, best known for successfully representing actor Johnny Depp in his defamation lawsuit against ex-wife Amber Heard, celebrated the ruling on behalf of himself and his co-counsel: “Sig Wissner-Gross and I are most pleased that the case is heading to discovery.”

Read the opinion and order, below: