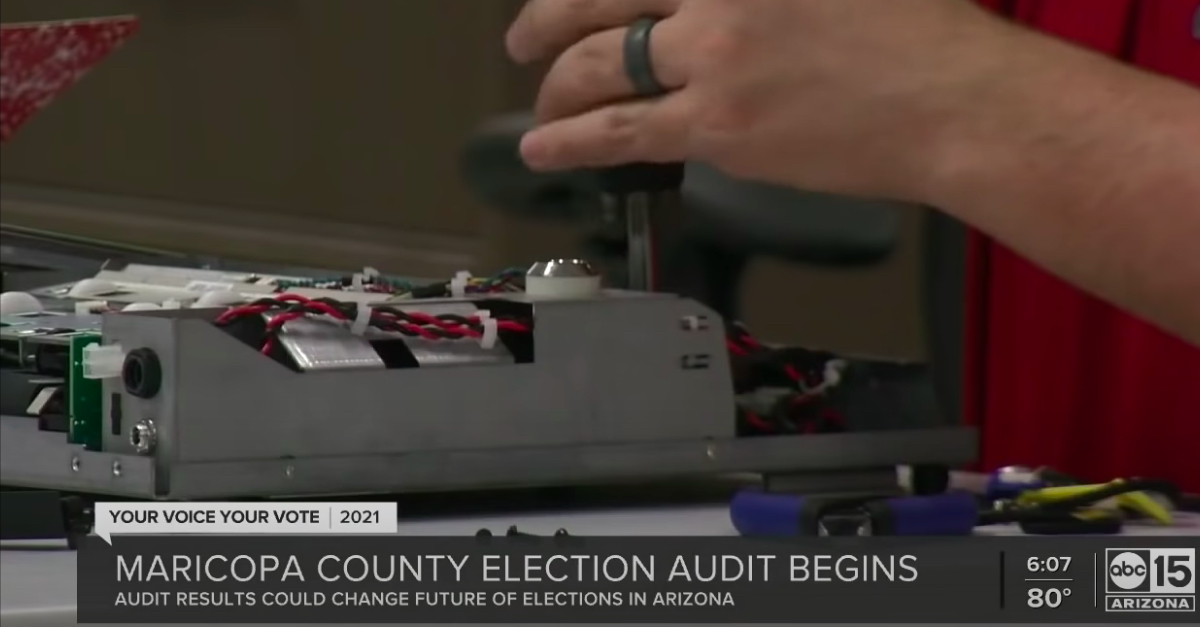 An independent forensic audit of the Dominion Voting Systems machines used in Maricopa County, Arizona found that there was “no evidence of vote switching and concluded that the equipment tabulated and adjudicated ballots accurately” in the 2020 presidential election, according to government reports produced Tuesday.

“The audits clearly dispel the notion that somehow the November election was rigged,” said County Supervisor Steve Gallardo. “Whether you liked the results or not, the will of the people was represented. Our equipment worked. Our people were above reproach. I’ve said it before and I’ll say it again: 2020 elections in Maricopa County were safe, secure, and accurate. End of story.”

The Maricopa Board of Supervisors in January unanimously voted to conduct the audits in response to false conspiracy theories propagated by Donald Trump and other Republicans, who claimed that Dominion’s machines were used to steal votes from Trump so Joe Biden would win. The former president and his allies filed several post-election lawsuits challenging election results in Arizona, none of which have succeeded.

The audits of the tabulation equipment’s software and hardware were conducted by SLI Compliance and Pro V&V, the only two firms approved by the U.S. Election Assistance Commission to perform such certification tests.

According to the reports, the firms utilized a four-step evaluation process to analyze the equipment for hacking vulnerabilities, verify that no malicious software was installed, ensure voting tabulators were not being manipulated over the internet, and confirm that no votes were switched.

The firms examined all nine of the county’s central tabulators, which are used for processing large quantities of ballots, all four workstations and two servers used to operate the county’s election management system. They also did random testing of 35 out of the 350 precinct-based tabulators, and four of 20 adjudication stations, which allow ballots with exceptions or outstack conditions such as over-votes, blank ballots, write-ins and marginal marks, to be resolved.

Both firms found no evidence of malicious software and no evidence the tabulators were connected to the internet. Pro V&V found no indication that any votes were switched.

“The work of these two qualified firms, combined with the work done by our Elections Department, confirms that 2.1 million ballots in the November election were counted as they were cast,” said County Supervisor Clint Hickman. “Our entire team put so much time and energy into running good elections in 2020. These audits are an affirmation of everyone’s hard work and prove what my colleagues and I have been saying all along: our elections were run with integrity and the results we canvassed were accurate.”

The Board also hired Berry Dunn, a Certified Public Accounting firm, to review county contracts with Dominion to verify that the county leased the equipment in accordance with state and county procurement regulations.

A summary of the report and the full report are available on the county’s website.