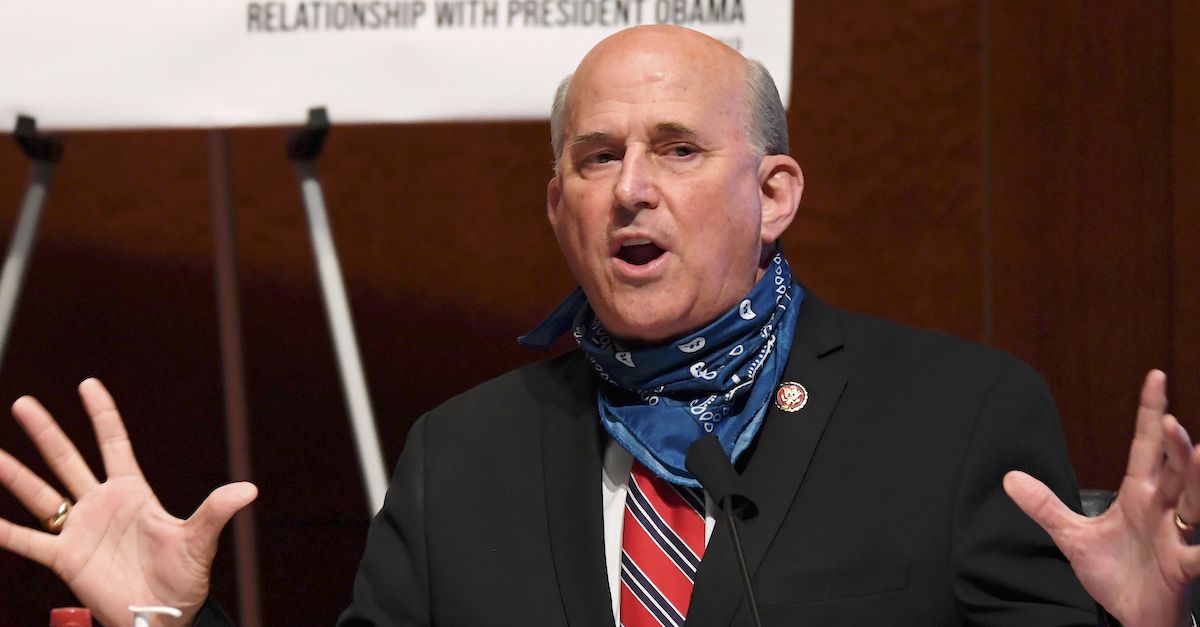 Bar complaints were filed earlier this week against three attorneys who worked on lawsuits aimed at overturning the results of the 2020 presidential election.

Each of the accused attorneys is named in a complaint concerning the case stylized as Gohmert v. Pence, a lawsuit filed by Rep. Louie Gohmert (R-Tex.) late last year which asked a federal judge to reconfigure a post-Reconstruction law in order to give then-vice president Mike Pence the power to determine the winner of the 2020 presidential election. The lawsuit was tossed by a federal district court. Then it was thrown out by a federal appellate court. Completing the hat trick, the U.S. Supreme Court declined to consider the lawsuit with a single sentence in early January.

Each of the three pro-GOP attorneys “seriously violated the District of Columbia Rules of Professional Conduct” and engaged in “unethical” behavior viz. the Gohmert lawsuit, the complaint alleges. Specifically, Malone claims the Texas Republican’s arguments were frivolous and presented for an “improper purpose” and that the attorneys themselves engaged in “conduct that seriously interferes with the administration of justice” by litigating the GOP’s concerns therein.

“It was based on facts that had no evidentiary support, and its core legal argument,” the complaint notes, “could not pass any test of good faith.”

Malone also alleges that the attorneys submitted “a fake document” to the U.S. District Court for the Eastern District of Texas in order to give the impression that the Arizona State Legislature had signed off on challenges to the authenticity of the November election results.

“Close study of the [lawsuit] and its Exhibit A shows that the lawyers who presented the [lawsuit] knew they were trying to pull a fast one on the federal court in Texas where they brought this case,” Malone alleges. “They inserted weasel words in their various references to the Arizona Legislature in an apparent effort to give them a fig leaf if caught.”

Malone suggests that four separate “false factual assertions” were made by use of the allegedly false document attached to the Gohmert lawsuit. Beyond that, the attorney alleges, the lawsuits “legal arguments were boldly frivolous.”

“The presenting attorneys used the Courts to amplify frivolous and dangerous allegations that they understood or should have understood would do harm to the public view of the judicial process itself,” the complaint continues. “[These] frivolous lawsuit[s] w[ere] nothing less than an effort to use the courts of this country to attack and cannibalize the institutions that make this country a democracy and not an autocracy.”

The complaints also allege a “direct line” from  the pro-Trump litigation to the “mob attacks” of Jan. 6.

Law&Crime reached out to the attorneys named in the complaints but no response was forthcoming at the time of publication.

“I respectfully request that the Office of Disciplinary Counsel investigate this matter, that the Board of Professional Responsibility hold one or more hearings as appropriate, and that these lawyers be sanctioned for these serious violations of the D.C. Rules of Professional Conduct,” the complaints conclude.